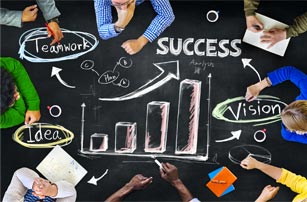 The history of Jewish Spiritual Life began with George Gruen’s Orthodox Jewish grandparents on his father’s side who lived in Europe in the late 1800’s.

His grandfather, Paul Gruen, read and studied the Pentateuch and at 7 he had already studied the Talmud.  From the ages of 11 to 12-1/2, he studied under Rabbi Joseph Babat, the most renowned Rabbi in Poland.  By 1874, he found himself in Roumania where he stayed for the next 20 years.  During that time he married Emilie who was from Egypt and had four children.

Because of the great anti-Semitic persecution in Roumania, Paul and his family moved to Constantinople (Turkey).  It was there that he studied Hebrew Scriptures he had not read before.  As a result of extensive research in the Hebrew Bible about the Messiah, George’s grandfather and grandmother found God’s forgiveness of their sins in the atonement provided by the Messiah.

The Gruen family left Europe and moved to the United States in the early 1900s.  George’s father Samuel was among them.  One son, Herman, stayed in Europe and was murdered in the Holocaust at the Buchenwald Camp in WWII.

George was born in 1928 and 9 years later his parents, two brothers and sister moved to North Caldwell, New Jersey.  In his personal search for God’s truth and what would happen after death, George studied the Holy Scriptures.  Because of what the God of Israel did in his life in giving George perfect assurance of life in Heaven after death, and because of the great peace and joy that he has experienced daily, at the age of 18, he dedicated his life to sharing the Jewish Holy Scriptures in every way possible.

George graduated from Nyack College in 1950 and in September married Doris.  He found a job in the Bronx, New York and subsequently had two sons, David and Stephen.  Eventually they moved to Philadelphia where George began working with youth and young adults.  George and Doris opened their home to them as they shared their faith at weekly meetings.  Many of these Jewish young people came to trust God’s plan for their lives as Jews.  This eventually paved the way for George being on the radio and the formation of Jewish Spiritual Life in 1966.  Doris died in 2001.

Just as the internet was really starting to blossom, George met another widow who shared his same passions.  George and Jean were married in 2002.

This website is an outreach of George and Jean’s love for God and their desire to share God’s Word and God’s way of forgiveness of sin through Messiah to people around the world.  George and Jean invite you to listen to George’s messages from the Holy Scriptures and read the articles he has written of his experience with Almighty God.  All of these messages are based on the Word of the God of Israel that we have in the Jewish Bible.  God’s Word is the foundation for living that everyone needs for this life and for eternity.

If you “google” George Gruen, you will find that he died on July 27, 2014.  Please read the article “What happens after we die” because then you will realize that Jean knows exactly where George is and that she will eventually join him.  Jean continues this website not only as a tribute to George but also because she, like George, passionately wants you to know the truth about God and the Holy Scriptures.

Do you know where you are going when you die?  This is a question that George asked everyone he met.  To help you find the answer, read the articles on this website and then ask God to show you the truth.  After reading the articles you find that you have questions, please do not hesitate to email us at info@GodandJews.org.  Shalom!